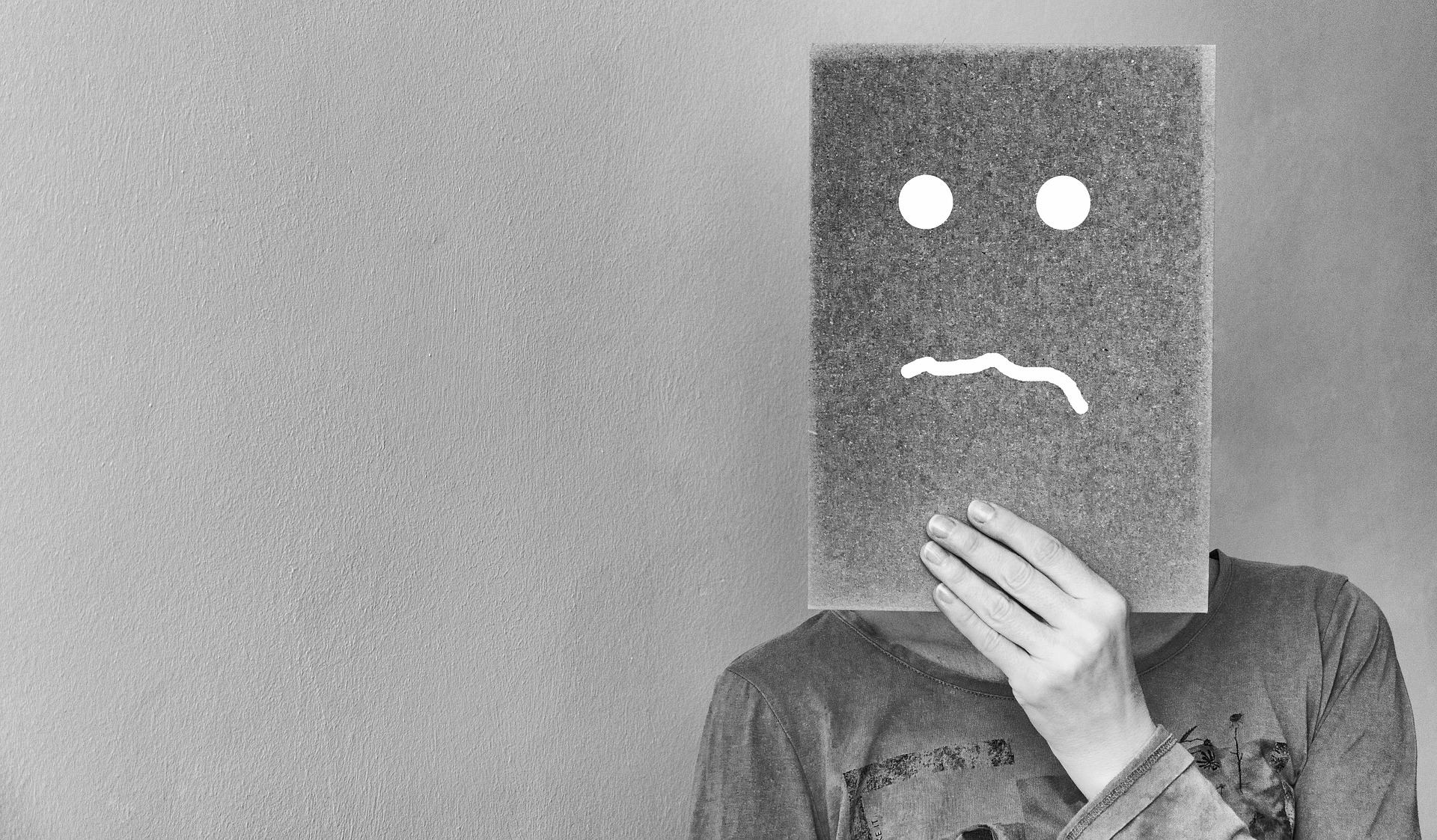 Full disclosure: I really (really, really) struggled with this post. It has eaten up a lot of hours and gone through at least four separate iterations before reaching this one (which, to be honest, I am still not totally happy with). In between writing, I was a guest on a call in radio show with my good friend and colleague Heather Rootsaert to chat about the research and where physical education is heading. I also read and responded to a number of tweets about the work, including a short interchange with Matt Ladwig, one of the authors (who was also interviewed on the radio show). I am also scheduled to chat with Matt via Skype in the near future to further the conversation and maybe look at some form of collaboration moving forward.

Have you seen this recent piece of research which was featured in the New York Times?

“My best memory is when I was done with it”: PE Memories are associated with adult sedentary behaviour.

I’d encourage you to go and read the research paper BEFORE you read the NYT article (more about that later). I have provided a non-exhaustive summary below along with some of my own comments.

The focus of the work was an online questionnaire (1028 Americans) that asked participants to rate their past enjoyment of physical education (PE) along with current aspects of physical activity and sedentary behaviour in their lives today . Respondents were also able to share their best and worst memories of PE (and a few other things). Let’s start there.

The best memories of PE were organized into three over-arching themes: enjoyment (56%), physical competence (37%) and non-participation (7%). Respondents shared their love of the activities chosen, the good times with friends, enjoyment of both competitive and non-competitive activities, challenges and accomplishments, praise from peers/ teachers and, the how happy they were to skip PE. So far, we have quite a bit to celebrate, and a serious concern as 7% of the ‘best memories’ involve people finding ways to skip PE. Furthermore, the best memories peaked in grade 9 and then declined. Let’s dive in further.

The worst memories were organized into 6 main themes: embarrassment (34%), lack of enjoyment (18%), bullying (17%), injury (16%), social physique anxiety (14%) and punishment (2%). Participants shared their often painful memories such as: performing a skill in front of the whole class; running a mile and getting lapped by athletic kids; being the last one picked; told to ‘shake off’ an injury; having their weight announced to the entire class and; having to run laps for misbehaviour. These negative memories began to be more common around grade 6 and peaked from 7-9 (perhaps coinciding with puberty and a shift from elementary school to junior high?). These unpleasurable experiences in PE are disconcerting and should make us pause and reflect on our own practice and indeed the place of PE in education as a whole.

Finally, the authors correlated the results from their modified Physical Activity Enjoyment Scale (modified to ask about PE) and the International Physical Activity Questionnaire. What stood out for me was the following:

“Memories of enjoyment of PE via the modified PACES were the most substantial correlates of present-day attitudes and intentions for PA” (p. 123).

For those who like stats, here is a direct quote with (some of) the numbers:

Furthermore, the NYT article stated: “The most consistent associations were between unpleasant memories of P.E. classes and lingering resistance to exercise years later, the researchers found.” Doesn’t seem to fit the DIRECT quote from the article above, does it? No, it does not.

Most of the Twitter conversations that I read also focused on the negative aspects of #physed memories and the study as whole. That response is entirely understandable. In fact, this is not the first time issues of negative memories of PE have been raised. Dr. Billy Strean wrote a similar qualitative article in 2009 that also garnered some press and reaction. Back in 2013 I wrote ‘Not in my gym’ to respond to a similar article about negative memories on slate.com.

As you may have guessed, I was TICKED OFF that the researchers positioned the paper the way they did. I figured that the way it was framed was a way to alert the media and get some hits – click bait, if you will. Yes, the study should be cause for reflection for all PE teachers (and others – more to come there…) and be a catalyst for real and sustained change. We shouldn’t dismiss the negative stories (again, see the 2013 post above for evidence) and in fact need to embrace and own them. However, can’t we also recognize the positives and throw a little sun on a subject area and profession that already gets it’s fair share of the shit?  Fortunately, I asked that question in a Twitter conversation (albeit with less rhetoric…) with Nathan Horne and Matt Ladwig. Matt responded and agreed to allow me to share it here:

Hi Doug, I thought I recognized this name from the CBC interview. It’s too bad that all three of us didn’t get to chat about the paper on air. Of course, we agree there is a lot to celebrate in modern PE, but still much to do. The reason that we titled it in this way is that we need to draw attention to the fact that we still have a long way to go, especially in the US, where we conducted the study. Although I saw that you mentioned that current PE is better serving children, our data indicate very little difference in perceived enjoyment of PE even among those that took the class within the last decade. This is likely due in part to the lack of standardization of teacher training, where at the local level you may sometimes have certified PE teachers that are focused on improving their pedagogy and understand these issues whereas in other cities you may have a coach leading PE with no thoughts about how to make the class meaningful (e.g., only focused on the athletes, maximizing performance). We are exercise psychologists, and one of the underlying theoretical frameworks we work with is exercise hedonics and evolutionary approaches to the lack of PA epidemic. We focus so much on the negatives because we know from this literature that negative, unpleasant memories are often more salient when it comes to making a decision. Therefore, it is extremely important to understand why these negative experiences are occurring. The most especially important bit that has not been talked about much is the increases in these poor memories around secondary school where things like fitness tests and more structure and sport are often introduced. We definitely also wanted to get the conversation started, and I think we have achieved that goal. To really be taken seriously as a promoter of lifelong PA, PE really does need to begin to produce tangible results into adulthood. It is not entirely clear whether what we are doing now is leading to lifelong PA, partly because some components of PE that generations before were required to partake in are still in place. We know that those generations are very inactive, so it may be time to introduce some novel approaches such as what we outlined.

I know this post is getting long – but it’s become a bit cathartic so I’ll keep pushing through. Feel free to go grab a drink of choice, take a bathroom break and then resume reading. That is, if you got this far at all…

This is the point where I move from being ticked to being conflicted. I TOTALLY get where Matt is coming from and appreciate his thoughtful and considered response. We absolutely need to take action in light of these negative memories and (continue) to have difficult conversations as a profession. I think we HAVE been doing this (Hall of Shame articles, Twitter conversations, conferences, research, PD, etc.). However, I question whether the media is the best place to have these conversations.  Is it necessary to ‘air our dirty laundry’ in the public arena? Maybe it is. Maybe it isn’t. What I’ve come to realize though, is the fact that we continue to deal with negative PE portrayals in popular media, social media and all media whether we want to or not. I think overall, PE has come a long way. But it seems, especially according to Matt’s comments above, that we still have a long way to go. Maybe deep down I knew that.

But perhaps even deeper down, for once I want to see media celebrate the progress we HAVE made in PE. Celebrate the PE teacher who hooked a kid on a new activity for life. Celebrate the school that makes sacrifices so their inner city students can have an overnight outdoor experience. Celebrate those regions (like Alberta) with curriculum that includes dance, outdoor pursuits, yoga, educational gymnastics, etc. and not only team sports. Celebrate those PE teachers who work hard every day to make PE meaningful for each and every kid in their underfunded, overcrowded, under-resourced, undervalued program that has to fight tooth and nail for every minute they have with those kids.

My other area of conflictedness (oh, ya, it’s a word) comes with the last sentence of the research paper:

“With more methodologically rigorous and theory-driven interventions, it may be possible to transform PE into a professional field that closely adheres to the continuously developing evidence-base and one that welcomes psychological best practices for the benefit of children and public health.” (p. 128)

I know that we have a ways to go as a profession, but seriously? Is PE really an  unprofessional field, unwilling to engage with rigor and theory and unwelcoming of best practices for the benefit of children and society? Come on. If exercise psychologists (and others connected to, but outside of PE) really want to partner with PE professionals, statements like this are less than endearing or inviting.

Despite the way the article ended, I eventually (OK, it took me awhile) moved from being ticked off, conflicted, then kinda ticked off again to becoming motivated.

Finally, I think that continuing to move PE forward is not solely on the shoulders of PE teachers. We have a job to do, but can’t do it alone. Here’s a few examples of some questions we can ask of each other:

To sum up, WE ALL need to be a part of CONTINUING to improve the PE experience.