OK – time for the first rant of my blogging career…  Why do we tolerate  / allow coaches (especially, but not exclusively, in school sport) to yell at youth?  Allow me to share the impetuses for my rant.

Exhibit#1: I was watching a junior high basketball game and the coach on the other team was a YELLER.  He YELLED (I am capitalizing to illustrate how frickin’ annoying YELLING is) at a lot of players through-out the game but one particular instance stands out for me.  One of the girls on his team was at least three feet taller than all the rest and as such was gathering in a substantial amount of rebounds.  Apparently, that was not quite good enough for the coach because he proceeded to YELL at her, “JUMP ALREADY! JUST JUMP! JUMP! JUMP! WHY WON’T YOU JUMP! AHH – WHY WON’T SHE JUMP?” The girl was obviously embarrassed, chagrined, uncomfortable, mortified, etc. but to her credit she kept smiling, albeit a little painfully.  Hmm, wonder how long she’ll stay in basketball…

Exhibit #2: A teenager I know tried out for, and made, the football team (for my non-North American friends I mean the kind with helmets) at his high school this year.  Despite an expressed interest and potential burgeoning love for a new sport – not to mention the fact that he is a bit of a beast and would do very well – he decided to not play for the team.  One of the main reasons was a coach who YELLED something very similar to the following, “WHAT THE F@$% WAS THAT? ONE MORE MISTAKE AND YOU ARE OUTA HERE! THERE IS NO ROOM FOR MISTAKES ON MY TEAM. GET IT RIGHT THE FIRST TIME OR RIDE THE BENCH.”  Add this to a few racist slurs and I applaud this teenager’s decision not to play. Keep in mind that these words weren’t even directed at my teenage friend, but at another player on the field.

Let me make a few clarifications to the above exhibits and then close with two main thoughts.  Although I was in attendance at the basketball game, the words above are in no way to be considered a direct quote – only my remembrance of a vivid event.  I do not know if he was a teacher as well as a coach at the school.   The words of the football coach are from the teenager’s perception and, in his mind, accurately portray at least the spirit of the exchanges that went on at practice.  This coach is a teacher at the school.  Ladies, lest you think you are off the hook, it just happens that these two recent exhibits are men – ladies can be YELLERS too!

Thought #1: Does it strike anyone else as odd that while we would we never condone a teacher YELLING at our kids in a classroom, for some reason it becomes accepted in a gym / field setting?  “THAT’S A F@#&ING MULTIPLICATION SIGN NOT DIVISION! DROP AND GIVE ME 20 YOU MISERABLE EXCUSE FOR A MATH STUDENT!”. Weird.  Stupid.  Simply put, yelling (see, I stopped, it is that easy) does not work.  Yelling does not inspire performance.  Yelling does not show that we care. Yelling does not develop skill. Yelling does not build up our youth. Stop. Please.

Thought #2: So far, whenever I have shared the football story, people say, “Oh, but that is just the way football is.”  Really?  Football can operate in no other way than by demeaning and belittling youth with public humiliation and slander (@lifeisathletic – I’d love your thoughts here!)?  What a crock!  I love contact sports but can think of no reason why this mentality has to be the culture of football, rugby, hockey etc.  I know plenty of coaches in these types of sports who are very effective without being an Ol’ Yeller. Please, save the yelling for cheers and praise.

Waiting to be moved by your responses (but leave the megaphone at home…). 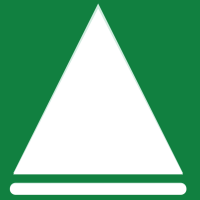 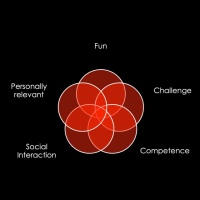